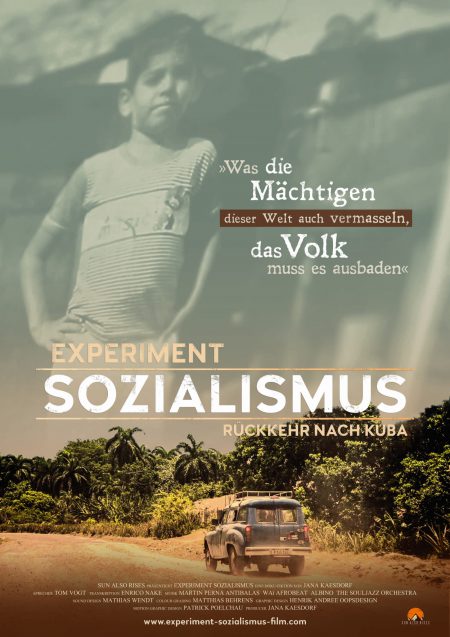 Cuba 2019 – exile Cuban Arsenio returns to his homeland and discovers the socialist country plagued by the consequences of political power games: Fidel is dead, the state is broke.

With new reforms, the “Lineamientos”, the ailing country wants to save itself from the crisis. Cuba’s planned economy opens up to the world and the people should finally get more freedom – but the old squad of the party adheres to the model of Cuban socialism. Relentlessly open, the young and old generation of Cuba tell their first-person narrator Arsenio their hopes, their wishes and what they think about socialism and politics in the world.

Due to the corona crisis, the nationwide release of EXPERIMENT SOZIALISMUS is postponed.

After successful screenings in the Union Filmtheater/Berlin and Puschkino/Halle, we look forward to the nationwide release of EXPERIMENT SOZIALISMUS

All dates & venues
will be published on our homepage soon.